Terraria is a 2D action-adventure sandbox video game developed by Re-Logic. The game was initially released for Microsoft Windows in May 2011, and has since been released for various other platforms and devices. Gameplay of Terraria features exploration, crafting, building, and combat with a variety of creatures in a procedurally generated 2D world. The game has a 2D sprite tile-based graphical style reminiscent of the 16-bit sprites found on the Super NES. The game is noted for its classic exploration-adventure style of gameplay, similar to titles such as the Metroid series and Minecraft.

The game starts in a procedurally generated world. The player starts with three basic tools: a pickaxe for mining, a shortsword for combat, and an axe for woodcutting. Many resources, notably ores, can be found while mining or exploring underground caves. The player begins with a limited amount of health and magic points, which can both be increased by finding certain items by exploring. Some resources, and most items, may only be found in certain areas of the map, stored in common and rare containers, or dropped by certain enemies. The player uses resources to craft new items and equipment at an appropriate crafting station for that recipe. For example, tables or other items can be crafted at a work bench, and bars can be smelted from ore at a furnace. Several advanced items in Terraria require multiple crafting operations where the product of one recipe is used as an ingredient for another. 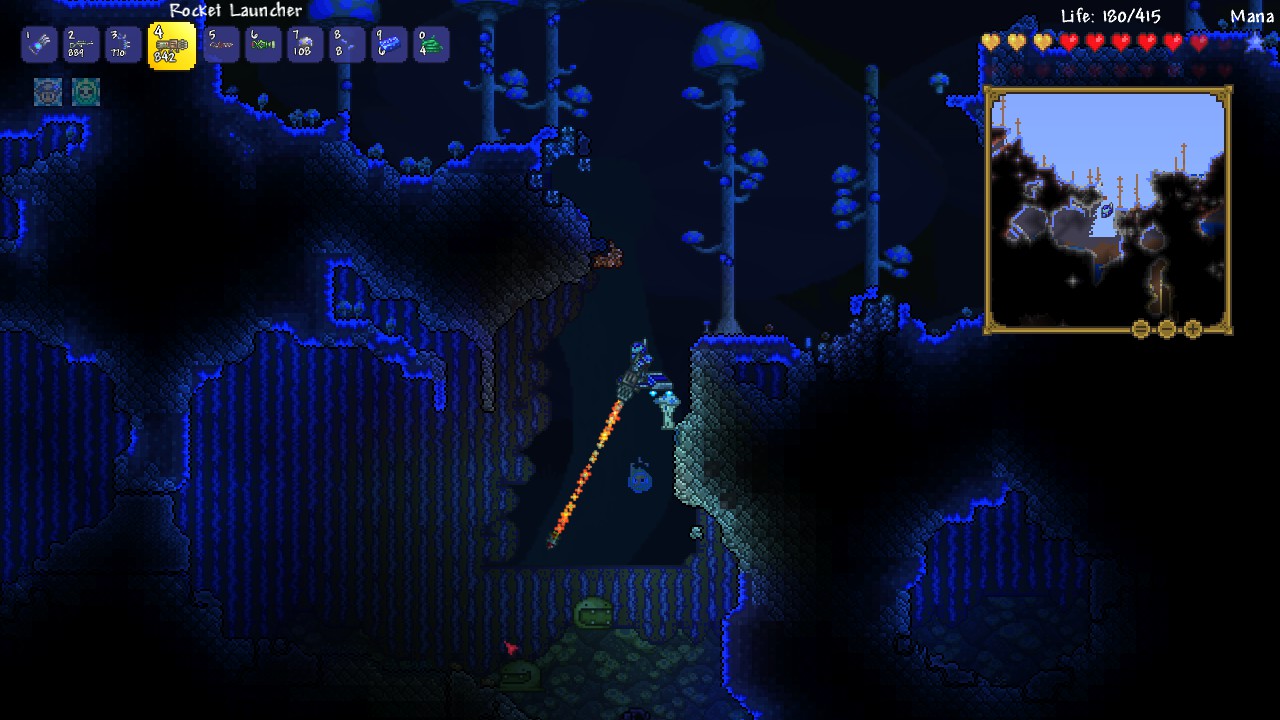 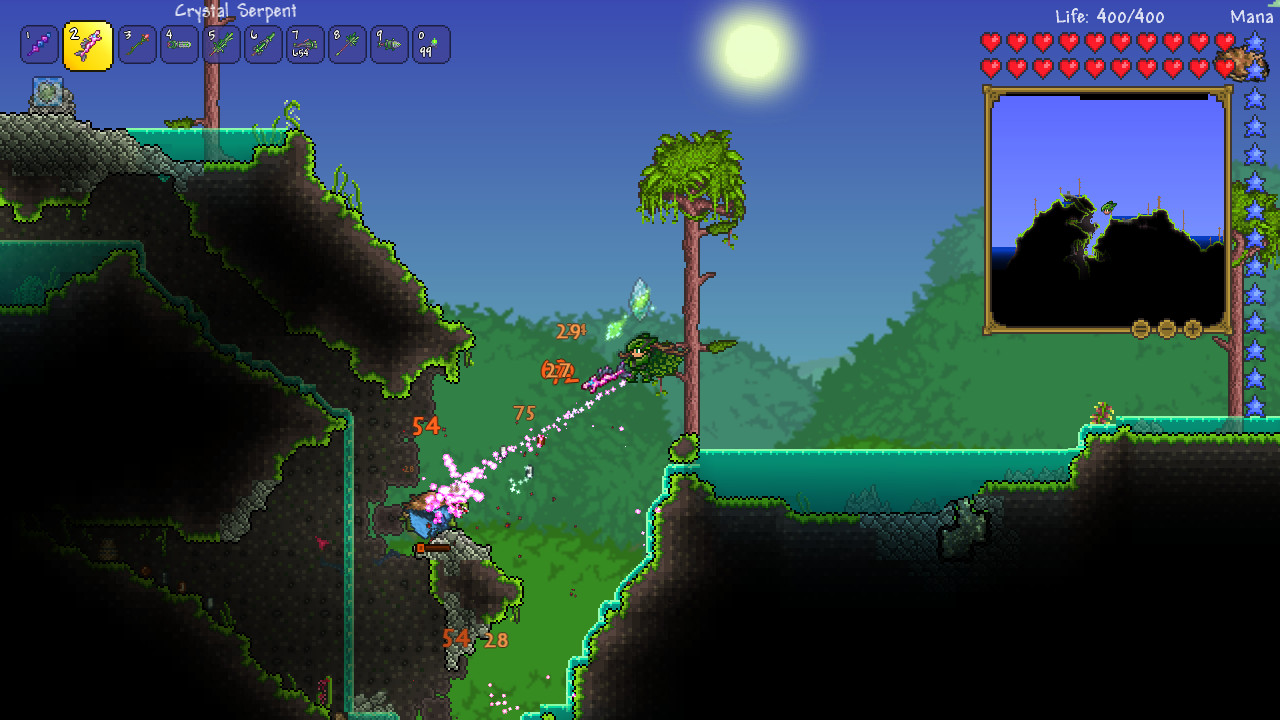 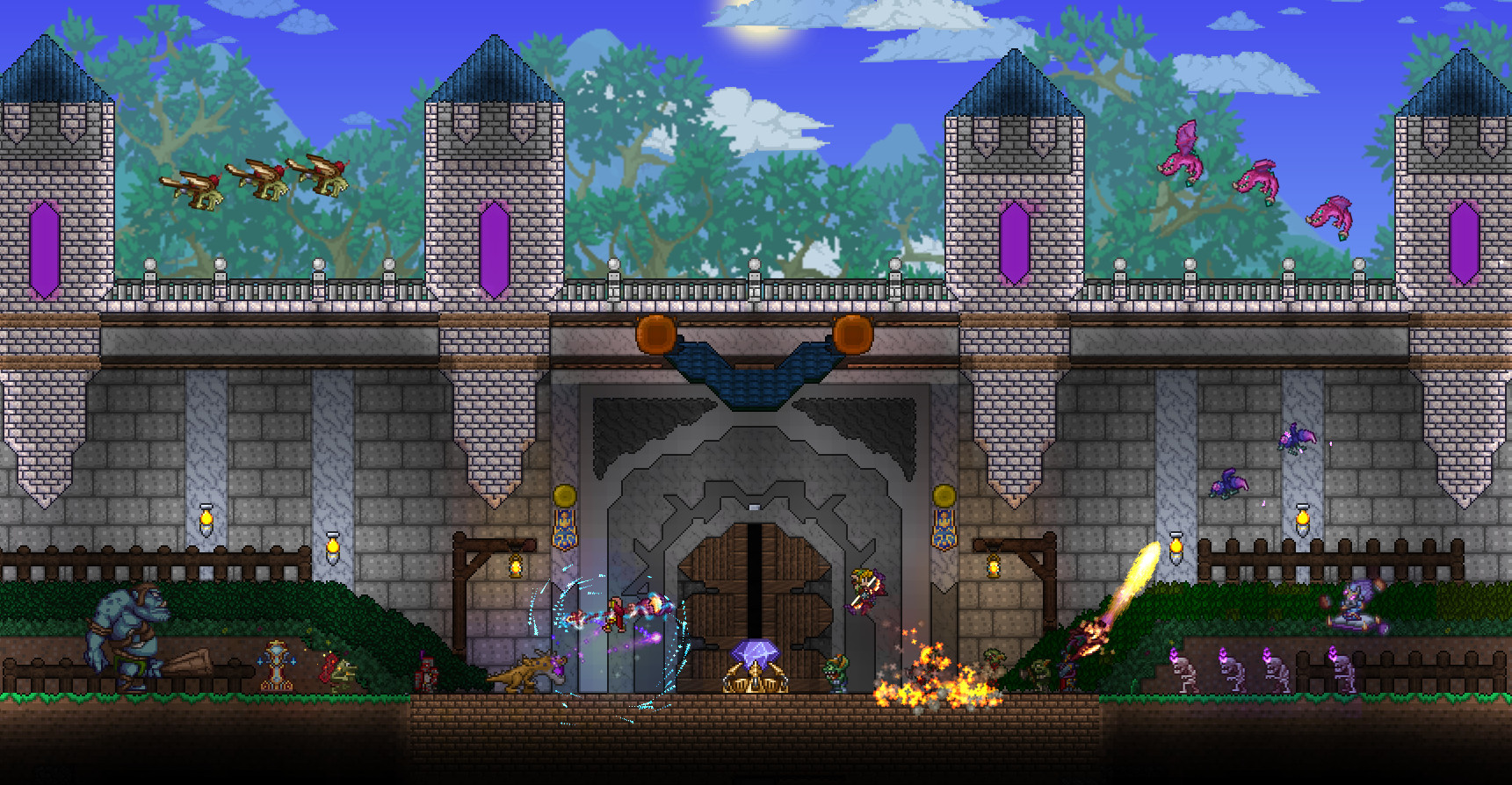