People’s General is the sequel to Panzer General II, and the last two dimensional game in the casual war game series. People’s General takes the series into the near future. Over population and dwindling resources have lead China to attempt to take control of all of Asia. NATO stands in their way.

Play either side of the conflict in a branching campaign, or create a modern day military situation of your own with the scenario editor included. People’s General is a turn based war game. The game’s interface and rules are designed to be simpler than many wargames. Units are an assortment of present-day and near-future ones. A scenario editor is included. 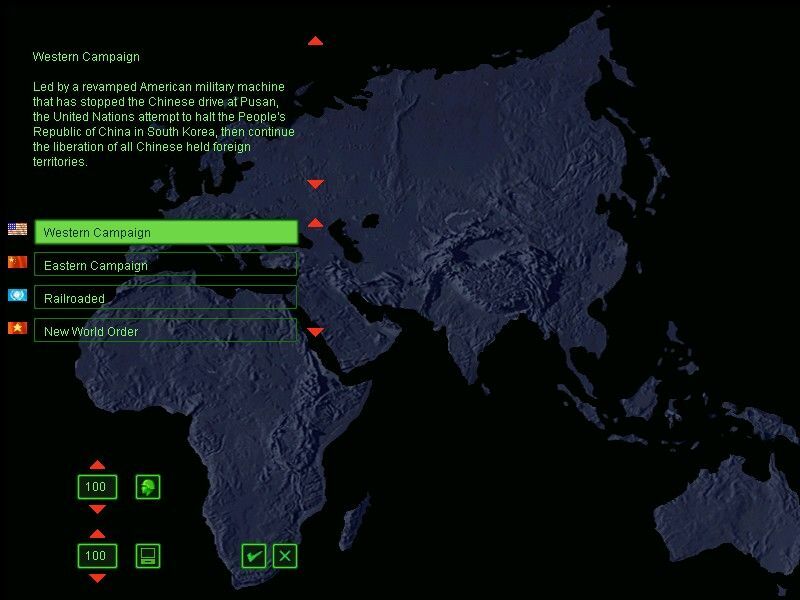